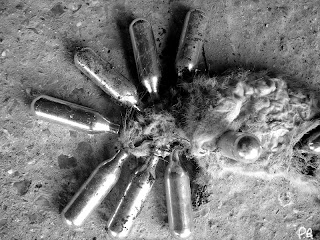 "I'm Avin' It Large, Mate". July 2007.
The Overdose Sessions are part of the 'Death' manifesto node.
I have to say I felt sorry for the two forgotten rats that I stumbled upon in the rave shed, long dead by natural means, and in the slow process of being recycled by Mother Nature. So I thought I'd immortalise them on digital format.
Several days afterwards, my black and white images of these sad, dead creatures for the 'death' manifesto node (like the dying flies I have previously recorded) reminded me a little bit of David Lynch's dead animal that Henry gets caught up in, in an out-take from Eraserhead. Or Nine Inch Nails' reverse-decomposing of a fox (recomposing?) in the Hurt live music video. Or, indeed, the Buñuel/Dali dead deer on a piano in Un chien d'andalou. Just laying there, silent and motionless, yet saying so much. 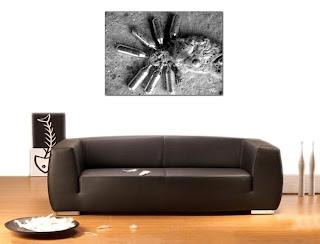