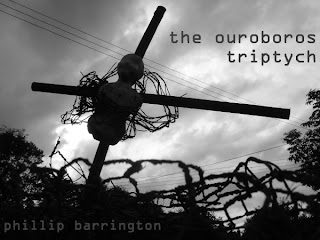 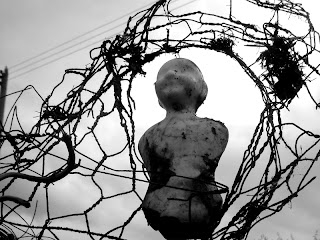 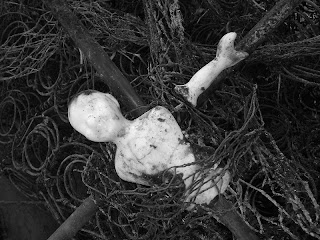 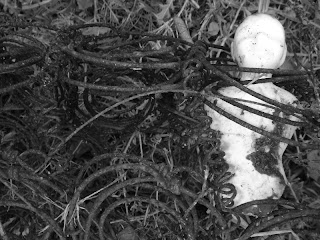 Ouroboros – the serpent eating its own tail.

Personally speaking, the three images above, and the original 'Outside Installation' I created, conjure up feelings of helplessness in life’s daily conventions, powerlessness in halting time and decay (and its inevitable grief), and restriction of confidence and self-assurance in the face of all that we go through to exist, until we too must perish.

This work is chiefly inspired by deeply unfortunate endings in my personal life.

As a more global extension of these themes;

Trawling through various media outlets during this particular age of human evolution, you inevitably get the continuously strong sense of ‘powerlessness’ deep within modern human existence, that we are somehow stuck-fast in our murky predicaments. Unable to reach out of the quicksand and grab a branch to save us from a slow sinking death.

And where did all that (often genuine) progression get us, now we're at the starting block of a new Millennium?

Constrained/restrained at every turn by our conflicting beliefs, faith, social convention, war, fear of difference, censorship, political correctness, climate ignorance, dead-end Americanised youth culture gorging itself on violence and intimidation of innocents/the elderly, while the world’s Governments are obviously doing the same for the eternally deprived and the starved. You all know this, of course. Blah blah blah. I know. I'm a "Preachy Fucker".

But its worth repeating it until your final breath. 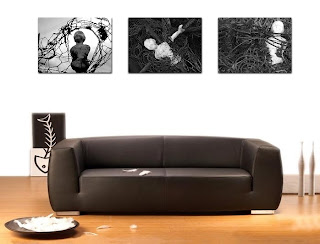 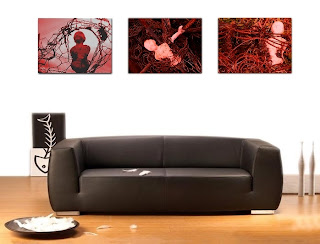 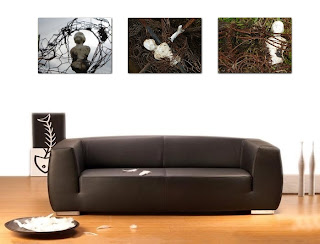