Your Invite to an Art Opening...

An artwork from my current series of work, entitled "An introduction to Grief and Joy" has been selected by the judges to be part of the Eastern Open 2012 Art Exhibition.

Why not come along to the Opening from 2pm on the 31st of March (this coming Saturday) to see the original work amongst other great original works from other artists, whilst supping from a glass or two of wine. My work is for sale too, with commission to help support the regional Arts Centre Trust. Oh, and this will be the final time my work will be on show in the region.

I wanted to enter this competition the second and final time, as I respected the judge Jessica Lack's writing in The Guardian which, in the past, had focussed on the Arts' relationship to the environment - something which this featured work also explores (i.e. a symbolic depiction of the limbo between utter depletion of fossil-fuels and the resulting freedom from our chains of addiction to them). 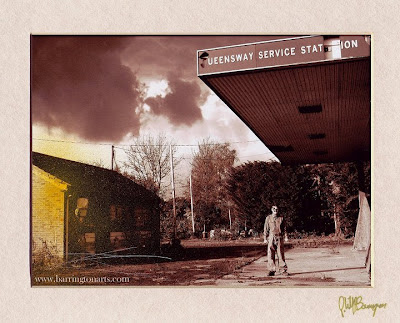 "The prestigious Eastern Open Art Competition embraces its 43rd year (the largest and longest-running such competition in the country), once again attracting entries from across 7 counties of the eastern region.

The judges this year from the art world were: Jessica Lack, Arts Writer for The Guardian for 12 years and is co-author of “Tate Guide to Modern Art Terms”, 20th Century Design Expert, TV presenter and author, Mark Hill, and freelance curator and Director of Fermynwoods Contemporary Art, Yasmin Canvin. Together they assessed over 700 pieces of 2D and digital artworks."

I hope to see you there this coming Saturday.