That Was The Year That Was; Personal Memories of 2011 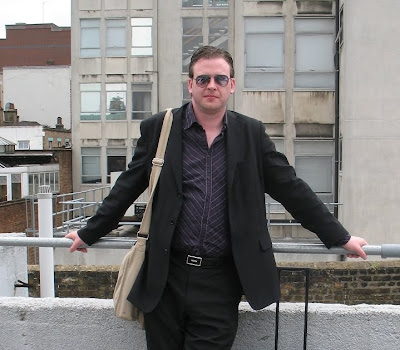 1. The public uploading of all new 'Cracktown v2.0; Bitter Stimulus' art work (two Cracktown Blog updates still to come), with much more bolder distressing techniques and splashes of colour on the work than the previous set of work in the series.

2. The police making an appearance on location at the Basix Global photoshoot whilst I was on my hands and knees, my arse in the air and a camera in one hand, photographing two masked men in an abandoned factory complex (I have yet to be accosted on any 'on location' shoot - but give it time).

3. Spending an afternoon tearing up a vintage 1930s collection of maps to make a background for the performer Gemma B's commissioned studio shoot.

4. Venturing over to Gilbert & George's house when exhibiting at the Brick Lane Gallery in London over the Summer (they weren't answering the door, but Gilbert was visible near the window - so I left a couple of presents for them before feeling like a dreary stalker and leaving with great haste). 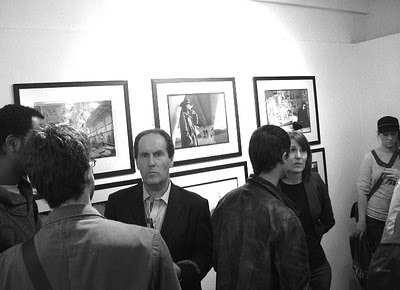 5. The superbly drunken OOTB Curators meetings and the subsequent sweltering Opening Event of the International Open Exhibition 'Facing Hard Times' in October (the first of its kind in West Norfolk, so, umm, that was nice). Which was also quite drunken and hectic. Hmmm, seems like a theme going there...

6. The proper launch of the Barrington Arts Facebook Page, with more exclusive & immediate updates (such as the rapidly shot-then-uploaded Phil Barrington Christmas Card in collaboration with the great Suzie Wildfire), and more regular brand new work on show there than anywhere else. Making new friends through such a platform too, whether they are part of the art-life or not.

7. My new work "My Life Amongst The Metal Trees" being chosen as part of the judges' official selection for the 2011 'Px3 Prix de la Photographie Paris' competition. I have always thought my work had its natural home in Europe, so it was just nice to get a slight nod in that direction.

8. Sprinting through a Sunday morning in a rural town with a painter's table under my arm, heading to our OOTB Curator's stand at the Greyfriars Art Space Festival in August.

Thanks to everyone who has supported me during this very strange, but often quite positive, year.