I am not going to bore you by explaining at any kind of great length as to why Kings Lynn, the cheeky little town stuffed into the wet crack of West Norfolk England, is a major influence on my Cracktown v1.0 work.

Instead, as a life-long resident myself, I thought it’d be more entertaining to share a few of my photographs of the place, intermingled with a few amusing quotes from fellow residents that I have shamelessly plucked from other websites. Just for fun. 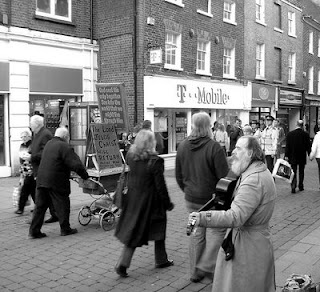 "Round here, somehow everyone knows everyone. You slag off someone in a pub, it'll probably turn out their whole family live in the same house and will soon turn up with their very own chav clan. In that respect, Lynn is a weird place. Not weird as in strange, we're talking a whole new level of weirdness. It's like people come here and can't possibly escape." Chavtowns.co.uk 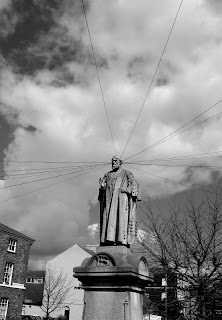 "Having lived there all my life I'll give my view of the town. I think that Lynn would be a much nicer place if half the residents were got rid of - King's Lynn seems to have more weirdos, wankers looking for fights, and generally anti-social messed up people than anywhere else in England. Most people are out for a fight when they go out at night. The town itself is alright, the shopping area may not be the best but its got character. Lynn has also got its fair share of toffs, mainly rich farming types etc. " knowhere.co.uk 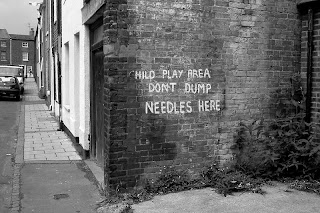 "The Bus Station. From around 8am to 11:30pm, 7 days a week this is strictly for the chavs and chavettes, at any given time you are guaranteed to see at least 5 specimens male or female (female usually with kids named Brooklyn, Jordan or Connor!) all communicating in chav-speak. Usually quite a dangerous place in the evening when the males gather with their cheap fags and warm Stella although earlier this year, three chavs were given a year in jail each after launching "a drunken, vicious attack" on two Portuguese gentlemen, at 1:30pm on a Saturday afternoon!" Chavtowns.co.uk 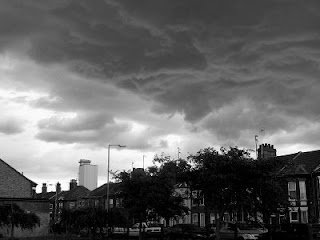 "Jarvis Cocker of Pulp considered living here, but then he obviously visited the town. Don't get me wrong- Kings Lynn is a pleasant enough town, with some very picturesque areas. The problem is, Kings Lynn is full of Lynners. Take all the Inbred Londoner wannabes with rat tail haircuts covered by baseball caps out and replace them with normal people, and you could get quite a nice town here. " knowhere.co.uk

"Anyway, that was chav Lynn, after reading that I hope you all do the right thing and stay away. Trust me, you don't want to come here, if you've ever heard of the phrase "a fate worse than death", then you've got an idea of what life around here's like already. Just remember, Micheal Caroll lives round these parts, and he's possibly one of the biggest c**nts on the planet." Chavtowns.co.uk

"The man who wrote this report is a complete arse hole and shud be shot.... there are a lot of fit birds walkin round if ya come on a friday and saturday nite.. SO FUCK YOU GOTHIC TOSSER" knowhere.co.uk